Cool Questions and Answers About Water

We found some cool questions and answers about water that we think will interest you. You probably asked yourself these questions but but never found the answers. Check them out, we feel you will find them very interesting.

How much does water weigh?

I have a typical residential lot of a quarter acre. If it rains 1 inch (25 millimeters), how much water falls on my lot?

Why does drinking water get bubbles in it after it is left out for a few hours?

Gases from the air, nitrogen and oxygen mostly, can dissolve in water (just like sugar dissolves in water). The amount of air in the water is different at different temperatures, however. Cold water can hold more dissolved air in it than warm water. A glass of water left at room temperature warms up after a while, and the dissolved air is forced out of the water into bubbles. This relieves the condition that is called supersaturation, which is what happens when the water contains more air than can be dissolved in the water.

Why does water swirl when it goes down the drain?
It’s a common misconception that the earth spinning on its axis—the Coriolis effect—causes draining water to spin one direction in the Northern Hemisphere and another in the Southern Hemisphere. The rotation of the earth is a major factor in the motion of ocean currents and weather, but your bathtub or sink is too small to be substantially affected by this motion.
Instead, the swirling at the drain is caused by the same effect as the motions of a spinning ice skater. When the skater pulls her or his arms in close to the body, the skater spins faster. Water in a basin is never quite quiet, so when the water is pulled toward a drain, it’s drawn down at an angle, and any residual rotation becomes larger on the broad surface and increasingly smaller toward the narrower drain opening, gaining momentum so you can see it, like the ice skater pulling her or his arms close to the body.

Why is water in the ocean blue?

Sunlight contains all colors of the rainbow, but when you see a color it is because that particular color of light bounces off the object and reaches your eye, and the other colors are absorbed by the pigment of the object. The sky is blue on a nice day because only blue light
reflects off the particles in the atmosphere. The ocean is blue because as the blue light comes out of the sky, it reflects from the water and into your eye, fooling your eye into thinking the water is blue, when actually water has no color. The ocean absorbs red light, which leaves more blue light to reflect off the sea. Next time the sky is overcast, notice how the ocean loses most of its color because so little blue light is coming out of the sky.
Where the ocean is clear and shallow, the sea bottom can also influence the color, so the water will reflect different shades of blue, and often green. Swimming pools are usually painted blue to make the pool water appear blue.

Why is ocean water salty?

Ocean water contains a significant amount of dissolved sodium and chloride—salt—that comes from rivers and streams carrying tiny bits of rock that the flowing water has eroded on its way to the ocean. The erosion of the ocean floor also contributes to the salt content. Sea water is about 3.5 percent salt.

Why, then, aren’t big lakes that are fed by rivers and streams salty?

All water has some salt content, although most taste buds are not astute enough to detect it. Fresh water lakes “turn over” at a relatively frequent rate, and rivers are fed by fresh snow melt, rain and underground springs, which keep the water in them from accumulating salt.

Why should I wash my hands in hot water?

Many of the substances you are trying to get off your hands are somewhat greasy. Using hot water helps soften that greasy stuff on your hands, so soap or detergent can lift if off your skin. Think about it: when you put a container of liquid grease in the refrigerator, it
hardens, but when it is warmed up, it melts. Hot water also helps the soap suds up, making it more effective at killing bacteria.

Is it true that a microwave oven heats food and beverages by flipping water molecules back and forth? How is that possible?

I’ve heard of water exploding after it comes out of the microwave, causing serious burns. What can I do to avoid this?

Microwaved water and other liquids do not always bubble when they reach the boiling point. This happens when the water container has perfectly smooth surfaces and the water heats faster than the vapor bubbles can form. This super heated liquid will bubble up out of the
cup when it is moved or when something is put into it, such as a spoon or tea bag. It is a rare occurrence, because most containers contain impurities that disrupt the perfect molecule alignment that is required.
To prevent this from happening, do not heat any liquid for more than two minutes per cup. After heating, let the cup stand in the microwave for thirty seconds before moving it or adding anything to it. Or put a wooden stir stick (no metal) in the water before you heat it.

Why does it take longer to cook things in boiling water when I am camping in the mountains?

Why is it that water is referred to as “the universal solvent”?

Water is the universal solvent because it has the ability to break down almost any substance, be it a package of dried food that is mixed in it, or the Earth’s surface as it flows over it. In our bodies, water can wash out the toxins captured by our kidneys. Scientifically speaking, a water molecule’s simple, stable bond of two hydrogen atoms and one oxygen atom creates a neutral solution,
neither acidic nor base, that breaks the bonds of larger, more complex molecules.

I saw a TV demonstration in which a container was slowly filled with water, and the water rose to a level above the top of the container without spilling. How is this possible?

Why does ice float instead of sink?

Frozen water is less dense than liquid water because as water freezes, the hydrogen bonds connecting different water molecules line up to keep the negatively charged oxygen atoms apart, creating equal spaces between the molecules, freezing the water in a lattice-type formation. This results in a change in density that allows ice to float.

If this were not the case, ice would sink when it was formed and go to the bottom of all the lakes, ponds and reservoirs. Even icebergs would sink to the bottom of the ocean. When spring came, not enough heat would get to the bottom to melt the ice down there. So
after a while, almost all the water on the earth would be frozen, and life as we know it would not have developed on the planet.

Commercially made ice is stirred as it is being frozen; household ice is not. Without mixing, many more ice crystals form, and air is trapped in the ice. Light rays are distorted by these crystals and air, and this distortion gives home-frozen ice a cloudy appearance.

Why do ice cubes bulge from the top of the ice cube tray?

Unlike most things, which get smaller when they get colder, water gets bigger (expands) by 9 percent when it freezes. Because an ice cube tray has a bottom and four sides that don’t move, ice bulges out of the open top when the water expands. Also, because ice is expanded, it is less dense and lighter than water. So in the winter, ice floats on the surface of a water body while the water underneath
stays liquid, providing organisms, including fish, with a place to survive during the cold weather.

Snow, sleet, freezing rain and hail, how are they different?

All precipitation begins as ice crystals in the upper atmosphere. Snow falls through cold atmospheric layers that are consistently below freezing, giving the snowflake no opportunity to melt. Sleet melts on the way down and refreezes into icy pellets before hitting the ground. Sleet usually occurs during the winter and is smaller than 0.30 inch (0.76 centimeter [cm]) in diameter. Freezing rain, or drizzle, is snow that melts on the way down (like regular rain) and stays liquid, but freezes upon hitting the ground or other frozen surfaces.
Freezing rain is associated with ice storms that coat trees, power lines and roads. Hail is different. It is created during strong thunderstorms that contain strong updrafts. As the precipitation from a circular updraft first nears the ground, it is blown back up into the cold layer of sky where it picks up more moisture that freezes on the outside, making the hailstone a bit bigger.

Then it starts down again. In very strong storms, the hail goes back up several times, getting bigger each time. When it finally gets so heavy that the updrafts cannot blow it upward anymore, it falls to the ground. If you pick up a large hailstone and cut through it, you will see rings as on a cut tree trunk, each ring indicating another trip up into the sky. Soft hail is called graupel or snow pellets. Hail usually is
round, at least 0.20 inch (0.51 cm) in diameter, and occurs primarily in the spring and summer.

Is it true that all snowflakes are different, no two being exactly alike?

The eventual shape of the snowflake depends on the temperature of the original ice crystal, the temperature zones it falls through and how it falls, which is when it picks up additional crystals to become a flake. A perfectly symmetrical snowflake spins like a top on
the way down.
Each snow crystal contains about 1 quintillion (1,000,000,000,000,000,000) molecules of water. Each molecule aligns itself differently, and all molecules are scattered randomly throughout the crystal, creating even more ways for the crystal to be different. Then,
consider that the crystals fall at different rates and movements—spinning, arcing, flipping—depending on the wind currents and the various temperature changes they encounter as they fall. Some even pick up bits of dirt and debris in the air. All of this means it is unlikely that anyone would see two identical snowflakes. 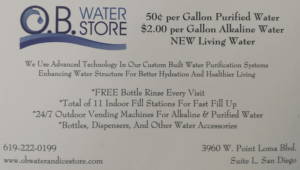