We wanted to share this excellent article on water. Waters effect on aging is amazing and should not be overlooked. OB Water and Ice sells some of the healthiest Purified and Alkaline water you can purchase in San Diego County.

The oxidative theory of aging is so well established in the health sciences that it has become an accepted axiom. In fact, we trace its origin in 1954 to Dr. Denham Harman of the University of Nebraska who is recognized as the father of the Free Radical Theory of Aging (FRTA). This theory and subsequent clinical research has led to an explosive growth in specialized functional food products that tout their anti-oxidant qualities, to such an extent that one can even see the claim of anti-oxidant action on cans of Cherry 7-Up! None of the popular claims can diminish by one iota the foundational significance of anti-oxidant action for longevity.

More careful examination of biochemical processes, however, reveals a much more complex chain of reactions that leads to additional toxic by-products and oxidative radicals that result from the initial anti-oxidant reaction. Moreover, none of the miracle anti-oxidant foods seems to be presented with the understanding that achieving the desired effects of the food is entirely dependent upon a satisfactory intake of water. To re-iterate Dr. Batmanghelidj’s words: “Without water, this solid matter is absolutely useless.” Thus, health care practitioners must always consider the primacy of water in the protocol they recommend, no matter what the ailment. To prescribe supplements without considering the means of their uptake is not precise. On this point Dr. Hidemitsu Hayashi, pioneer in the clinical study of healthy water, has commented, “Any dietary recipe cannot be a scientific one if property of water taken by the patients is not taken into consideration.”

The Mitochondria Theory of Aging

How is waters effect on aging linked in the Mitochondria?

Since water is governor of cellular activities, we need to better understand why and how intracellular water is so vital, but most importantly in the mitochondria. However, it is not a simple factor that is a consequence of aging, there is no formula for the loss of intracellular water. German studies indicate that the loss of water in the mitochondria is more significant than loss of water in the cytoplasm.

Dr. David Wheeler, DC writes: “The mitochondria is the energy supplying component of all the cells in the body, which allows the infinite array of biochemical mechanisms to take place properly that start at the foundation of DNA cell replication as well as immune system function as the primary defense against all disease. Therefore, as a person ages based on an ever increasing dehydration of the mitochondria there is an increase in the aging process of the cells. This in turn causes a breakdown of all the glands, organs and systems of the body. The body as a whole becomes more and more subject to disease based on a loss of potential longevity. If there is a way to counter the dehydration of the mitochondria then the aging process will slow down and a person will live longer.”

In fact, the production of ATP is dependent upon 2 functions of cell physiology: the Krebs cycle or “citric acid cycle,” and that of oxidative phosphorylation or electron transport chain (ETC). Lesser known, is that the reduction cycle depends upon hydrogen for the proton pump which supplies the protons to phosphorylate ADP into ATP. Without this hydrogen, ATP production would be impossible, and there would be no energy for any bodily function. This discovery led to the award of a Nobel Prize to Dr. Peter Mitchell in 1978 for his theory “Chemiosmosis.” To summarize, energy production for the entire human organism depends upon the flow of electrons and protons. The energy gradients formed by them are the essence of cellular biophysics. This confirms the fundamental insight of Dr. Albert Szent-Gyorgi in 1937, in which he observed: “Hydrogen is the only fuel the body recognizes.”5

Dr. Szent-Gyorgi also found that hydrogen pools in 6 major organ systems for ready availability for physiological needs. Specifically, he found that the order of hydrogen pooling is: Liver>Intestine>Kidney>Heart>Lung>Spleen. Liver tissues store the most hydrogen, while the spleen stores the least. This is interesting in view of the fact that the liver is your body’s first line of defense and needs a supply of the most antioxidants in order to do its work of detoxification.

To summarize, a primary task in supporting human longevity rests in helping protect the mitochondria from dehydration. But there is another energy factor at work with water that we must understand, and that is the quintessential role of hydrogen to maintain energy production which ensures proper cellular function, transcription accuracy for DNA, and thus proper cell replication. What’s more, additional energy means more vitality. Further, as we will see in the next section, hydrogen aids detoxification by removing harmful metabolic waste and protects the cells by reducing damaging free radicals. Hydrogen, the most prevalent element in the universe and in our body, is therefore, the hidden key to our youthful health and vitality.

Japanese research going back into the 1980’s has augmented the understanding of the central role of water in supporting the human body’s efforts to heal and waters effect on aging. Dr. Hidemitsu Hayashi began pioneering the use of electrolyzed water as a complementary treatment with health protocols. His clinical observations revealed incredible promise for functional water, particularly in the diversity of problems it addressed and conditions it ameliorated. 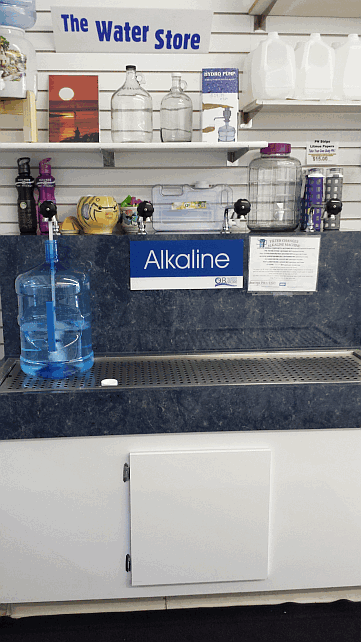 In 1997 he published a paper on the role of reduced water as an anti-oxidant, with his colleague Dr. Sanetaka Shirahata.6 As one of the most quoted studies on water, this paper has been used by the water electrolyzer industry to promote sales of literally dozens of different designs of water machines claiming to alkalize the body and heal all manner of disease.

However, lost in the history of science was Dr. Shirahata’s brilliant insight about which parameter of the water was effective in aiding the body. Was it the pH or was it something else? The body has very complex homeostatic mechanisms for maintaining its acidity and alkalinity of different parts. Cell membranes are very acidic and must remain so. Blood has a tiny window of pH 7.35 to 7.45, and whenever it moves outside that range, biochemical responses occur to bring it back, such as the release of carbonate to alkalize.

What was Dr. Shirahata’s conclusion about the real key to electrolyzed reduced water (ERW)? It was this:

The reduction of proton in water to active hydrogen (atomic hydrogen, hydrogen radical) that can scavenge ROS is very easily caused by a weak current, compared to oxidation of hydroxyl ion to oxygen molecule. Activation of water by magnetic field, collision, minerals etc. will also produce reduced water containing active hydrogen and/or hydrogen molecule. Several natural waters such as Hita Tenryosui water drawn from deep underground in Hita city in Japan, Nordenau water in Germany and Tlacote water in Mexico are known to alleviate various diseases. We have developed a sensitive method by which we can detect active hydrogen existing in reduced water, and have demonstrated that not only ERW but also natural reduced waters described above contain active hydrogen and scavenge ROS in cultured cells.7

Dr. Shirahata traveled to various parts of the world to investigate a number of healing waters and test them for hydrogen content. Finding them rich in molecular and atomic hydrogen, he decided to bring back samples to Dr. Hayashi in Japan. When he returned, he found that all of the hydrogen had escaped. What remained for him was the inescapable conclusion that it was the hydrogen in the reduced waters that was making the tap water into functional water.

This realization became solidified in 2007 with the publication of another study by another group of scientists, this time published in Nature Medicine, showing that indeed the active hydrogen is able to scavenge reactive oxygen species (ROS) in cell cultures.8 Since 2007, researchers have done both in vivo and in vitro studies involving the use of hydrogen-rich water.9

Expanding research with reduced water has finally drawn the proper attention to the role of water and has spawned a vast array of approaches to functional water and to the various parameters of water that might be significant. One prevalent example is the work with structured water. It has been hypothesized that smaller clusters of water molecules are critical for increased hydration, and some studies seem to back up this assertion. Nonetheless, it should be remembered that water is a food and needs to be metabolized. The aquaporins in the cell membrane are the small channels that admit water into the cell and they only allow one molecule of H2O at a time, so the work on clustered remains a bit obscure and still needs peer-reviewed studies to support its claims.

The work with hydrogen-rich water does, on the other hand, find great support in the literature, and a rapidly growing body of evidence in peer-reviewed studies.

Medicine of the Future – Hydrogen-rich Water

An examination of the published studies on hydrogen-rich water and its effects reveals a promising development in the medical research field. Many of these studies are being done by scientists at a new center in Kawasaki, Japan. It is the Center of Molecular Hydrogen Medicine, Institute of Development and Aging Sciences at the Nippon Medical School. Hydrogen-rich water as a true functional water is so promising as to have inspired a whole new branch of medicine in Japan.

This new approach to hydrogen medicine is an expression of the ever-expanding potential of integrative medicine. As the community of healers recovers deeper insights into the ancient wisdom of food as medicine and waters effect on aging as well as medicine, we will all see how the future and the past can come together. With the body being 70% water and the brain 85% water, how we ignore the primary importance of nature’s elixir in our health and vitality? With the addition of active hydrogen, we will appropriate for our daily hygiene the power of some of nature’s greatest healing springs. In that perhaps Dr. Hayashi’s vision will come to pass: that one day hydrogen-rich water will become a simple and effective daily hygiene for youthful vitality, health and beauty.
As we find more articles like waters effect on aging we will post them here on our website.

*Authors Bruce and Marianne Curtis have served on the editorial board of the Journal of Alternative and Complementary Medicine, and currently work with functional foods and functional water. Marianne has maintained a practice in oriental medicine for over 18 years. Bruce has written and lectured on the future of medicine.

OB Water uses 21st century cutting edge water filtration to give you the finest drinking water in San Diego, our Alkaline water is one of the best you will find anywhere in the country, stop by and give it a taste.